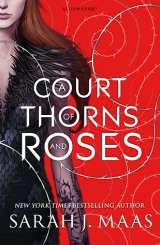 Feyre is a huntress. She thinks nothing of slaughtering a wolf to capture its prey. But, like all mortals, she fears what lingers mercilessly beyond the forest. And she will learn that taking the life of a magical creature comes at a high price…

Imprisoned in an enchanted court in her enemy’s kingdom, Feyre is free to roam but forbidden to escape. Her captor’s body bears the scars of fighting, and his face is always masked – but his piercing stare draws her ever closer. As Feyre’s feeling for Tamlin begins to burn through every warning she’s been told about his kind, an ancient, wicked shadow grows.

Feyre must find a way to break a spell or lose her heart forever.

When I started to read this book, I was a bit scared about what I would find inside. I think nearly everyone has heard about Sarah J Maas and all her books that have a lot of hype in the book community and I did not find that amusing Throne of Glass as people did (I have to give another chance to that series as everyone says the other books are much better). But let’s go back to A Court of Thorns and Roses.

As I was saying, I was a bit scared also as Beauty and the Beast is my favourite Disney story and at first, I found myself saying “oh no” with some situations but as the book advanced and the rhythm improved I found myself caught into the story and happy to keep reading.

I think that Sarah has created a great fairy and magic universe, well described, divided and made it very interesting. I found the mix of descriptions and action was well balanced. I could easily image the characters, the places and the feelings. I think the story could have a quicker pace or flow at some points.

Also, I was a bit surprised about the hot and sexy scenes, I was not expecting them. 😹😹

The book as a Beauty & the Beast retelling:

I’ve enjoyed the moments when you can picture Beauty & the Beast through the story even if I have some issues. I  found cute the painting moments or the way Tamlin become more “human” and less “beast”. I don’t think Tamlin is “the beast” at all and I’m more inclined to believe that role is covered by Rhysand.

I was not sure about how many stars this book deserve: 3? 3.5? 4? I must admit that I enjoyed Sarah’s writing more that I did with Throne of Glass and that the descriptions and the magic world were great. I’ve enjoyed the moments when you can picture Beauty & the Beast. After thinking quite a lot I’m giving it 3.75 ⭐️ but I can,t do that in Goodreads so ended giving 4 stars in this app but this book really is a 3.75. I have enjoyed it overall and I’ve jumped straight away to ACOMAF.

Un comentario en “Review: A Court of Thorns and Roses” 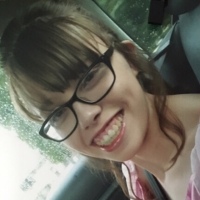 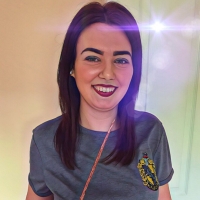 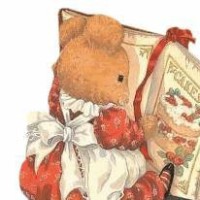 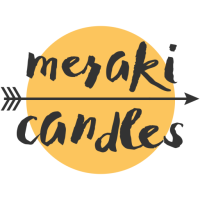